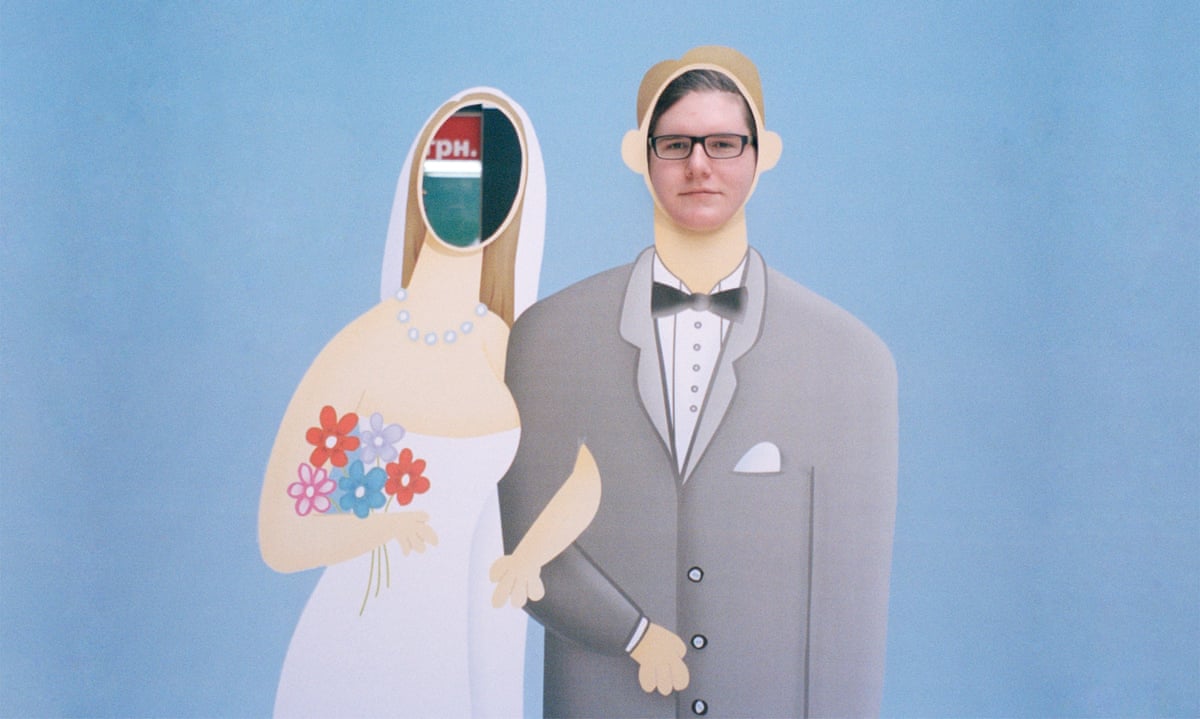 In 1840, Hippolyte Bayard, a pioneer of early photography, created an image called Self-Portrait as a Drowned Man. Bayard had just perfected the process of printing on to paper, which would come to define photography in the following century, but the French government had decided to invest instead in the daguerrotype, a process invented by his rival, Louis Daguerre. Bayard made clear the extent of his distress by writing underneath the image of his limp and bedraggled body: The corpse which you see here is that of M Bayard, inventor of the process that has just been shown to you … The Government, which has been only too generous to Monsieur Daguerre, has said it can do nothing for Monsieur Bayard, and the poor wretch has drowned himself. Oh the vagaries of human life!

His elaborately staged and melodramatic portrait of himself as a dead man was both a political protest and the first photographic performance. A few decades later, F Holland Day staged an even more dramatic set of symbolic self-projections. Having starved himself, grown a beard and purchased a cross made in Syria, he photographed himself as the dying Jesus in a series of disturbing, close-up self-portraits that are the photographic equivalent of a Passion play. The idea of performing for the camera, then, is as old as photography itself. It echoes through its history, from Victorian self-portraiture to the dawn of the selfie, from the conceptual role-playing of Cindy Sherman to the erotic self-obsession of Nobuyoshi Araki.

This month, Performing for the Camera opens at Tate Modern, an adventurous exhibition aiming to show the myriad ways in which photography has been used, not just to record, but to transform artistic performance and, in some instances, to become the performance itself. Consider Yves Kleins famous 1960 image, Leap Into the Void, which shows the artist hurling himself off the gatepost of a suburban house. It is a dramatic gesture, both viscerally and as a metaphor for the creation of a work of art. It is also, as the shows curator Simon Baker notes, a photographic performance, an act or event, conceived by the artist specifically for its photographic qualities.

The image is, in fact, a fake: a montage of two photographs. The first captures Klein leaping into the air while a team of assistants wait below with an out-stretched blanket. The second is of the almost empty suburban street even the seemingly oblivious passing cyclist was posed, his presence a mischievous nod to a visual trope that appears in many quintessentially French tourist postcards. The performance resides in the image meticulously made in the darkroom by Kleins collaborators, Harry Shunk and Janos Kender.

The idea that a photograph could, of itself, be a performance is a constant in the history of conceptual art and counters the particularly British suspicion of photography as anything other than documentary or photojournalism. Unsurprisingly, the surrealists were acutely attuned to the cameras possibilities for mischief and provocation. In the 1920s, Marcel Duchamp collaborated with Man Ray to produce several portraits of himself as his female alter-ego, Rrose Slavy, becoming this character to the extent that he even credited some of his readymades to her.

In the same decade, Claude Cahun confronted fixed notions of gender and self-definition by making a series of androgynous self-portraits including some of her as a man that played on societys discomfort with her very visible lesbian identity. You can draw a line from Cahuns photographic performances to the equally questioning and shape-shifting work of Cindy Sherman several decades later.

One of the shows most thought-provoking strands concerns photographers who have placed themselves in supposedly everyday situations to expose the absurdity at the heart of ordinary life. In the 1970s, Dutch conceptual prankster Hans Eijkelbooms made mischief with the amateur family portrait by knocking on the doors of strangers and asking if he could take the place of the father for a carefully composed photograph. Surprisingly, many agreed and the resulting series is both funny and a little disturbing, not least because he looks so at home in every picture.

More elaborately deceptive still is Swiss artist Romain Maders series Ekaterina, in which he poses as a lonely man in search of a Ukranian mail-order bride, the balance between everyday normality (awkward poses, forced smile) and the slightly heightened colours of the clothes and landscapes playing deftly on the conventions of what might be called courtship snapshots.

We now live in a time when social media has revealed the full extent of the publics fascination with the everyday lives of both the famous and the ordinary. The exhibition has already generated some media attention for the inclusion of Argentinian artist Amalia Ulman, whose fake Instagram feed, Excellences & Perfections, was read by many as an actual record of her attempts to become a somebody in Los Angeles.

Like a would-be Kim Kardashian, she recorded her shopping expeditions and pole-dancing classes, attracting the inevitable haters, but also about 90,000 followers. Ulmans series may seem a long way from the provocative self-exploration of Claud Cahun in its extravagant fakery, but the same concerns identity, gender, role-playing underpin both.

Perhaps more revealingly, Ulmans project suggests that photography, in the age of Instagram and the selfie, has somehow become more believable again as a medium, despite all we know about its ability to deceive. Some of the more contemporary artists in the show are certainly playing with issues of credulousness, says Baker, A lot of people do seem ready to believe that, because they see Kim Kardashian on Instagram every day, they are seeing her reality rather than a world mediated by a team of PRs and stylists.

Against all that, it is interesting to find the work of Masahisa Fukase in the exhibition. Fukase made several series based on what seem like everyday domestic rituals. He photographed his wife, Yoko, from an upstairs window as she left for work every morning and, later, after their marriage had failed, he turned the camera on himself for Bukubuku (Bubbling), in which he lounged in the bath surrounded by props, his face sometimes submerged.

Although outwardly playful, both series speak of obsession, control and, in the latter instance, loneliness and despair. Even when posing in the bath with an unlikely hat and studious spectacles, Fukase is a man not waving but drowning. The style of his performative self-portraits certainly prefigures the age of the selfie. But beneath their apparent mischief, they also carry an undercurrent of deep melancholy that is reinforced by obsessive repetition: he made 79 self-portraits in the bath.

The distance between the essential narcissism at the heart of selfie culture and the questioning self-obsession of a supremely gifted artist is all too apparent here. There are many ways to perform for the camera and many ways to be mesmerised by what it seems to tell us about the lives of others. It might be an opportune time to remember that every portrait is a performance of one kind or another, some more real than others and some not real at all.

Performing for the Camera is at Tate Modern, London, 18 February to 12 June.